The Connection Between Movement Disorders and Trauma 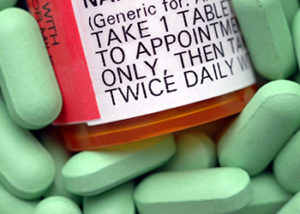 Much attention has been devoted to concussion and related forms of brain trauma that produce symptoms such as headaches, memory difficulties, and pain in various parts of the body. A little known but very problematic consequence of a brain injury is that of a movement disorder. This malady is an all-encompassing term that refers to a constellation of neurological issues that cause involuntary or voluntary movements or abnormal positioning of a body part. Examples include tics, tremors, dystonia, chorea, Parkinson’s disease, paroxysmal dyskinesias and other forms of hyperkinesias.

A plethora of court cases exist involving movement disorders but most focus on a specific problem like Parkinson’s disease or dystonia. These lawsuits include obvious issues such as the failure to diagnose or properly treat the patient, Social Security disability and worker’s compensation benefits, and whether trauma can aggravate the condition. The more creative cases involve whether medication or vaccines can cause or exacerbate movement disorders, off label use of medication, abnormal movements causing handwriting and forgery issues and whether welding fumes play a role in the development of Parkinson’s disease. This article will begin with an overview of the settings in which movement disorders have been litigated. It will then focus on trauma and its relationship to a specific problem such as dystonia or tics.

The Supreme Court of the United States has entertained movement disorders in the context of whether companies that sell generic drugs can be sued for their failure to provide warnings that differ from the labels provided by the brand name manufacturers. One such case involved the taking of a generic drug for heartburn that allegedly caused a movement disorder. The court rejected the lawsuits and held that federal law preempted the claims and the defendants did not have to provide labeling that differed from the brand name label approved by the FDA.

On the other hand, a $20 million settlement was reached in a dispute involving the off-labeling promotion of Xyrem, a medication approved by the FDA for the treatment of day time sleepiness. The company admitted that it improperly promoted the medication for the care of movement disorders, including Parkinson’s disease, even though that use had not been approved by the government. Another lawsuit involved Prozac and Lithium. The facts show that a woman was being treated for a bipolar disorder and had been given Lithium. Subsequently, the treating physician prescribed Prozac. The plaintiff then began having trouble walking and developed seizures. She was hospitalized and diagnosed with a permanent drug-induced movement disorder caused by the mixture of the two drugs. Both the prescribing psychiatrist and drug manufactures were sued. It was alleged that the doctor was negligent in not properly monitoring his patient and the drug manufacturers were sued for failing to warn of the dangers of combining the medications. The doctor asserted that he had no duty to monitor the patient and that her movement disorder was psychogenic and not drug induced. The drugs companies jointly settled their liability for $200,000 and a defense verdict was entered on behalf of the psychiatrist.

A car accident was the backdrop for the denial of a claim for medical benefits in Nail v. Farmers Insurance Exchange. The plaintiff was rear ended while stopped at a light and was diagnosed with a movement disorder involving the basal ganglia. The matter proceeded to trial and the plaintiff was awarded more than $60,000 in allowable medical expenses. The court, however, denied the plaintiff’s request for attorney’s fees based upon the testimony of the IME physician who stated that he “observed several inconsistencies in the plaintiff’s test performance” and that she had “multiple indicators that non-neurological factors had significant bearings on these results.”

In Kraft v. Colvin, a claim for Social Security disability benefits was advanced as the results of the claimant’s difficulty speaking and involuntary movements. The Administrative Law Judge found that Kraft suffered from a psychogenic movement disorder that involved spasms, shaking and jerking of different body parts as well as balance issues. The problem was that there was no physical reason for her abnormal movements and they were generally considered stress related. Her claim was denied and Kraft appealed, claiming that the judge improperly concluded that “psychogenic” is the same thing as “malingering” and she was able to control her symptoms. The court relied upon the opinion of a doctor in rejecting the claim who noted that Kraft showed evidence of embellishment. The plaintiff countered by arguing that her symptoms may have a psychological basis but her somatic complaints were not intentional or under her control. The court on appeal rejected these arguments and stated that there is no evidence that the trial judge rejected the idea that the symptoms could be psychological. To the contrary, the ALJ found that there was a psychological component to her symptoms that were aggravated by stress. The judge was also entitled to discount the plaintiff’s testimony based upon the doctor’s opinion that she was embellishing her symptoms. However, the appellate court reversed the denial of benefits because the ALJ failed to consider the doctor’s testimony that the claimant had a serious impairment as the result of her pain, depression and physical limitations. It was noted that the trial judge could not rely on one portion of the physician’s testimony while ignoring other critical parts.

The following is a discussion of relevant court cases by specific movement disorders.

CLICK HERE for the free download of the full article, which was originally published in ALI CLE’s The Practical Lawyer.

Subscribe here to the print or digital version of The Practical Lawyer today.

is a professor at Temple University where he teaches both law and anatomy. He is a national speaker, has authored more than 160 articles in medical and legal journals, and has written six medical/legal texts. He also enjoys an AV preeminent rating and has been named a top lawyer in Pennsylvania on multiple occasions. He may be reached at www.samhodge.com.