Some questions about the new excise tax on nonprofit executive compensation — like how to treat employees from a company’s “predecessor” — might not make it into initial guidance.

The predecessor question might not be a “first-round issue” given that it may not affect all taxpayers and other issues related to the excise tax could take priority, according to Stephen LaGarde, attorney-adviser, Treasury Office of Benefits Tax Counsel.

Employers should submit comments if 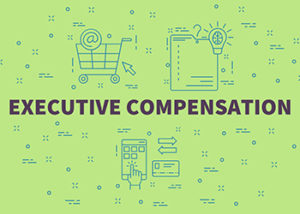 they think the treatment of predecessor
employees is a more pressing guidance issue,
LaGarde said.

However, LaGarde said September 25 during an American Law Institute Continuing Legal Education conference in Washington that employers should submit comments if they think the treatment of predecessor employees is a more pressing guidance issue.

The Tax Cuts and Jobs Act (P.L. 115-97) created a 21 percent tax on executive compensation over $1 million paid to an organization’s five highest compensated employees, including the five highest paid “of the organization (or any predecessor) for any preceding taxable year beginning after December 31, 2016.”

Greta Cowart of Winstead PC said the healthcare sector is one industry that produces a lot of predecessors as a result of acquisitions.

Section 4960 also applies the excise tax to excess parachute payments, and says that for purposes of those payments, “remuneration shall be treated as paid when there is no substantial risk of forfeiture (within the meaning of section 457(f)(3)(B)) of the rights to such remuneration.”

LaGarde said some commentators have argued that this definition of substantial risk of forfeiture should be limited to section 457(f) plans, while others have argued that that isn’t the statute’s intent. Applying the section 457(f) reference more broadly would push more compensation into the pre-effective-date period, creating a de facto grandfathering rule, LaGarde said, adding that this appears to be one of the more basic issues that needs to be answered quickly.

The statute also says that parachute payments are “contingent” on an employee’s separation from employment. However, some commentators have questioned whether all payments received at the time of an employee’s separation from employment will be considered contingent, Stephen Tackney, deputy associate chief counsel (employee benefits), IRS Office of Associate Chief Counsel (Tax-Exempt and Government Entities), said.

Another important question is what the statute means by a “taxable year.” LaGarde said many commentators think a calendar-year approach would be simpler to administer than a fiscal year, but they worry it could result in additional one-time taxes because of the effective date. Commentators should let the government know about any other disadvantages to using the calendar year, LaGarde said.

Defining “related” organizations under section 4960 is also unresolved. Tackney said the employee benefits world has different concepts for related entities than the exempt organizations world. He said the related entities rule is a hybrid of the two regimes, and that practitioners shouldn’t make assumptions about which approach will apply.

M.J. Asensio of Baker & Hostetler LLP said while he hasn’t seen any nonprofits attempt it, he
wondered whether related entities would consider consolidating their highly compensated employees into a single entity to reduce the total number of employees subject to the tax.
“I think the reason you haven’t seen it is that the guidance could land in a place that would make that ineffective,” LaGarde said.

This article was written by Stephanie Cumings and originally published by Tax Notes. To learn more about the author and Tax Notes, please visit http://www.taxnotes.com.

Cumings wrote this article as a result from her attendance at ALI CLE’s Employee Benefit Plans of Tax Exempt and Governmental Employers 2018 conference in Washington, D.C. More information about this program can be found here: http://www.ali-cle.org/ca009