Individual owners of a family business hoping to aggregate their ownership interests for purposes of the section 199A deduction may run into trouble if the co-owners happen to be siblings.

The proposed passthrough regulations allow taxpayers to maximize their potential section 199A deduction by aggregating trades or businesses in which they directly or indirectly hold a majority interest. The rules also allow groups of individuals with non-majority interests to benefit from their common ownership by aggregating as well. 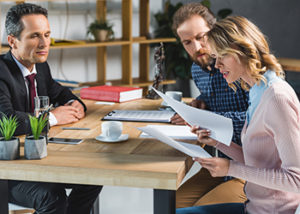 But even though the IRS has proposed allowing individuals to include indirect ownership via family members like their spouse, children, grandchildren, and parents in the common ownership tally, the definition of “family attribution” in the proposed regs notably excludes ownership interests held by an individual’s siblings.

“There was a lot of pushback in the comments at the [October 16] hearing that siblings have to be included, because family businesses are commonly owned by siblings once the founder has passed on,” according to Donald Kozusko of Kozusko Harris Vetter Wareh Duncan LLP.

“Siblings have to be part of the family to allow for appropriate aggregation to hit that 50 percent ownership threshold,” he said, speaking on an October 17 American Law Institute Continuing Legal Education webinar on estate planning around section 199A.

Inconsistency in the Tax Code

In a September 27 comment letter on the proposed regs, the American College of Trust and
Estate Counsel (ACTEC) wrote that excluding siblings in determining family attribution under the aggregation rules “would impose a material limitation” on the ability of sibling-owned businesses to aggregate and is inconsistent with other situations in the tax code in which siblings are treated as economically linked.

The letter observes that many rules under the tax code, including those under sections 267 and 1239, treat siblings as economically linked for a variety of purposes, particularly to prevent abuse. “The overall concept is that siblings are so closely related as to be considered the same economic unit or at least to be conclusively presumed to be acting in concert,” according to the letter.

Kozusko said that another related issue that has come up is that in many cases, large parts of a family business are held in trusts, but it remains unclear how to determine who might have indirect ownership.

For example, if a founder of a business has 49 percent ownership of a business with the remainder held by trusts, the proposed regs recognize that those trusts could be treated as indirect ownership, he said. But they don’t specify how to determine how much the beneficiaries of those trusts are deemed to own what’s in the trusts, and thus see whether there’s a group of people present that own at least 50 percent of the trades or businesses to be aggregated, he continued.

“The general consensus in the comments by ACTEC and others at the hearing is: Let’s keep
this relatively simple,” Kozusko said. He explained that a solution would be to treat a trust in
which 50 percent or more of the beneficial interest in the trust is owned by the family as if all the interests are owned by the family, “even if in some remote contingency, those interests might pay out outside the family or to charity.”

The interest of the trust should then be combined with the family’s direct ownership, enabling it to “more readily get to 50 percent ownership and therefore the opportunity to aggregate,” he said.

“The general sense of the thing is we shouldn’t make aggregation difficult. We should make aggregation more available, and that should reduce some of the problems that we’ve run into,” he concluded.

This article was written by Jonathan Curry and originally published by Tax Notes. To learn more about the author and Tax Notes,  please visit https://www.taxnotes.com/. You can also follow Jonathan Curry on Twitter for real-time updates.