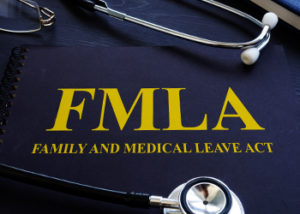 A new federal [FMLA] credit for paid employee leave isn’t available to employers whose states or localities mandate the benefit.

Carol Weiser, acting benefits tax counsel at the Treasury Department, made that point September 25 while discussing Notice 2018-71, 2018-41 IRB 1, which the IRS released a day earlier. The notice provides guidance on the section 45S employer credit for paid family and medical leave, established by the Tax Cuts and Jobs Act (P.L. 115-97).

“An employer who is mandated under state or local law to provide paid leave would not be able to take credit for that leave,” Weiser told an American Law Institute Continuing Legal Education program in Washington. “And there are a few states where that would be the case.”

However, if an employer pays the leave even though a state requires only that the leave be provided, the employer could claim the credit, Weiser explained.

Additionally, employers with workers exempt from the Family and Medical Leave Act for
example, some part-time employees — must have noninterference language in their written policies in order to claim the credit, Weiser said.

Treasury hopes to issue proposed regulations on health reimbursement arrangements soon, Weiser said, noting that the proposal has been submitted to the Office of Management and Budget for review.

Treasury and the IRS also have been asked to consider guidance addressing qualified multiple employer plans in which one employer fails to take steps to make the arrangement qualified.
“That is something we are taking a look at, and we’ll see whether we are able to issue
guidance,” Weiser said.

This article was written by Fred Stokeld and originally published by Tax Notes. To learn more about the author and Tax Notes,  please visit www.taxnotes.com.

Stokeld wrote this article as a result from his attendance at ALI CLE’s Employee Benefit Plans of Tax Exempt and Governmental Employers 2018 conference in Washington, D.C. More information about this program can be found here: http://www.ali-cle.org/ca009