Property Rights Primer, Part 2: Is the Condemnation Clause in Your Lease Going to Cost You?

Of the many things that landlords and tenants are thinking about when entering into a new lease, the possibility that the property might be subjected to eminent domain proceedings is usually very low on the list. But condemnation cases do happen, and it is important for both the landlord and tenant to consider that possibility.

Understanding what rights a tenant has under common law principles, how and when those rights are valued, and how they can be modified by the terms of a condemnation clause in the lease is critical to addressing these things. It is challenging enough to face a taking by a governmental entity and the prospect of litigation that this entails. It is even more challenging to face a second set of litigation problems when the landlord and the tenant cannot agree about how their rights will be affected or who will be compensated. Having a clear and well-understood road map of what will happen if the government comes knocking on the door
is the best way to avoid these problems.

This is the second in a three-part series addressing some of the common questions we hear in our eminent domain practice at Faegre Baker Daniels from our landlord and tenant clients about these issues.

Lease provisions can, and often do, change the common law rules about what will happen in an eminent domain case.

Most leases between sophisticated parties, promissory notes with banks, and even some easement documents provide for these issues by adding a “condemnation clause” addressing how their respective interests will be handled in the event of a taking. Sometimes they even include provisions that allocate a portion of the award to a third party, such as a bank.

Unfortunately, most condemnation clauses are given little attention at the time the overall contracts are being drafted and are sometimes plugged in or “cut and pasted” from other documents by real estate or corporate professionals with a limited understanding of the eminent domain process and how it may vary from jurisdiction to jurisdiction. When that happens, such clauses often create more litigation issues than they resolve.

Nonetheless, courts do recognize that parties may contractually determine how condemnation funds are to be distributed, including the waiver of rights to compensation they would otherwise be entitled to under constitutional or common law principles. To waive rights to an award, the language must be clear and unequivocal. This is because the law does not favor clauses forfeiting rights, and courts will construe such provisions to not have that effect whenever they can.

Are there things to look out for in condemnation clauses?

Yes. Sometimes condemnation clauses are drafted in a way that creates traps for the unwary or uninitiated.

Where a lease indicates that it will automatically terminate upon the condemnation of the property and is otherwise silent about allocation of the award, in some states a lessee may be deemed to have waived all rights to compensation. But an automatic termination clause is different than a clause giving the tenant the option to terminate. Such an option doesn’t by itself waive the right to condemnation proceeds, particularly if the option is not exercised. In addition, even in the face of true automatic termination clauses, a tenant may retain rights to share in the condemnation proceeds if additional provisions specifically allow the tenant to do so.

Clauses waiving a right to share in the condemnation proceeds but allowing lessees to pursue separate claims against the condemnor may be interpreted as precluding any right to compensation. This is because, as discussed in our first article, in many jurisdictions there is no right for a tenant to directly pursue separate claims. Thus, some courts will construe such language as a legal impossibility and hold that the tenant has no right to any portion of the award. Others may determine that the language evidences an intent to compensate the tenant, even if poorly drafted, and will allow it to share in the award.

Accordingly, a tenant should not be lulled into believing they have preserved their rights to compensation if the lease provides only for separate awards.

Condemnation clauses addressing how an award is to be apportioned may control the distribution between the parties regardless of how the compensation was determined at a valuation trial or in a settlement with the condemnor. For example, a condemnation clause providing that the tenant will be compensated for the value of its improvements may entitle it to receive those funds in an apportionment hearing even where the condemnation award was based upon the theory that the property would be redeveloped for a more valuable use requiring the demolition of the improvements. Thus, it is important for both the landlord and tenant to recognize that what the condemnation clause provides for may be different than how the value of the property as a whole is maximized, and to plan accordingly for both phases of the case.

Many leases fail to address the rights of other interested parties and how they will interact with any apportionment agreed to between the landlord and tenant. This can lead to all sorts to troubles. For example, most lenders have provisions in their loan documents giving them the first right to any condemnation proceeds. If the landlord has already agreed that the tenant will be entitled to certain compensation, it is possible that the entire award will go to the lender and the landlord will then need to satisfy the tenant’s claims on its own. Or, if there are multiple tenants in a shopping center, it is possible that the overall award will be insufficient to compensate for multiple below market rates, or there may be uncertainty about which tenant is entitled to compensation for damages to common areas that all of them have the right to use.

When there are not enough funds to satisfy all contractual rights to a portion of the award, some jurisdictions have held that each claimant is entitled only to his or her equitable share of condemnation award; not the actual value of the interest when considered alone. In other words, each claimant is entitled to a proportionate share of the award based upon the relative value of its interest in the property, regardless of whether the whole condemnation award is greater than or less than the total of all such claims.

But what if some parties have contracted with respect to apportionment and some have not? Does the fact that a tenant has a contractual right to receive the value of its improvements from the award even if no compensation was paid for them mean that another tenant on the same property is left without any compensation because there is nothing left for the bonus value of his lease? Or should the landlord receive even less money because both tenants’ contractual and common law claims are honored first? And what if a contract provides for the payment of non-compensable items to one tenant — who suffers the shortfall that inevitably must follow because the overall condemnation award does not include money for that non-compensable harm?

These questions demonstrate the difficulties sometimes presented by the undivided basis rule, particularly when multiple respondents are involved and there is not a comprehensive and cohesive set of condemnation clauses addressing these kinds of circumstances.

Consideration of these and other issues when drafting a condemnation clause will be the subject of our final article.

This is the second in a three-part series addressing some of the common questions we hear in our eminent domain practice at Faegre Baker Daniels from our landlord and tenant clients about these issues. You may read the first article by clicking here. 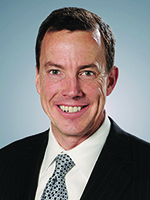 Jack Sperber has been representing private owners and condemning entities in eminent domain proceedings for 25 years. He does this work around the country, and has been involved in more than 30 trials, numerous evidentiary hearings, and more than 20 appellate arguments.